Are you looking for a reliable and committed supplier?

Feel free to register your account, input all necessary information including delivery address and send us an email to let us know about your business.

Once your business has been reviewed we will apply a discount to your account.

Out of stock products will be delivered within 2-4 weeks (via selected carrier) unless arriving sooner.

Free shipping for all orders above £200 (retail only).

At the moment we are shipping within the UK only. 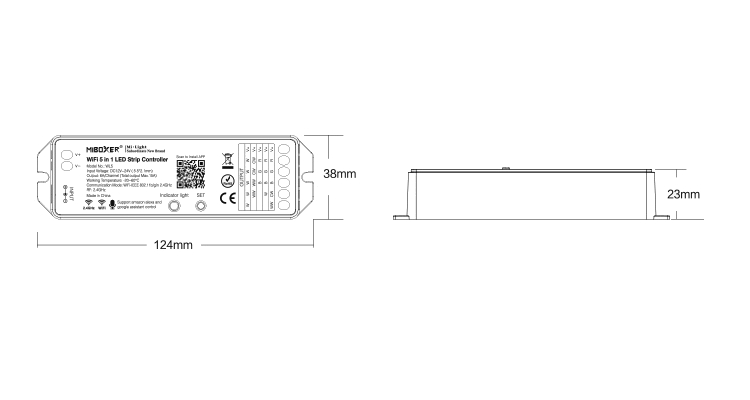 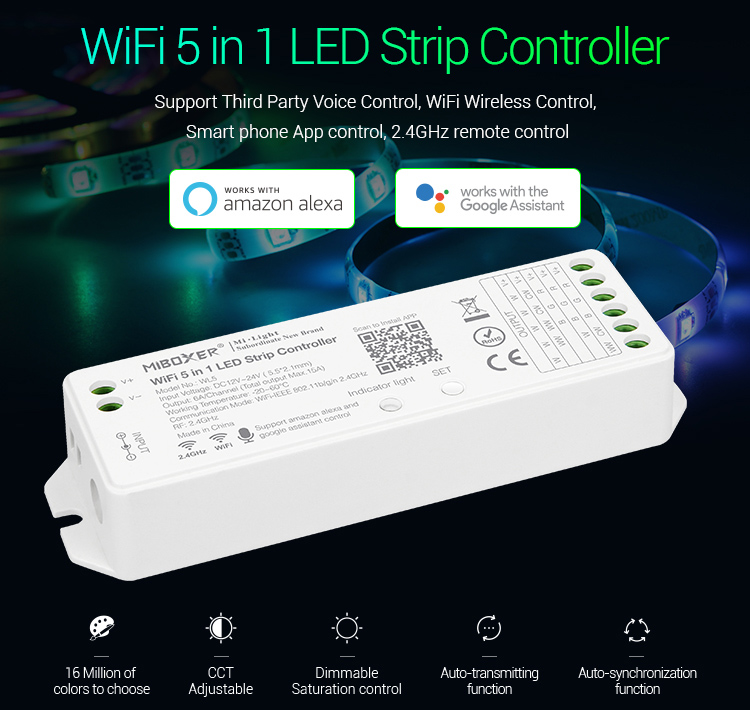 The MiBoxer WiFi 5 in 1 LED strip controller WL5 is named after its capability to control all kinds of LED strips. It can be plugged directly into a 2.4 GHz WiFi network without the need for any additional control module (WiFi Box). 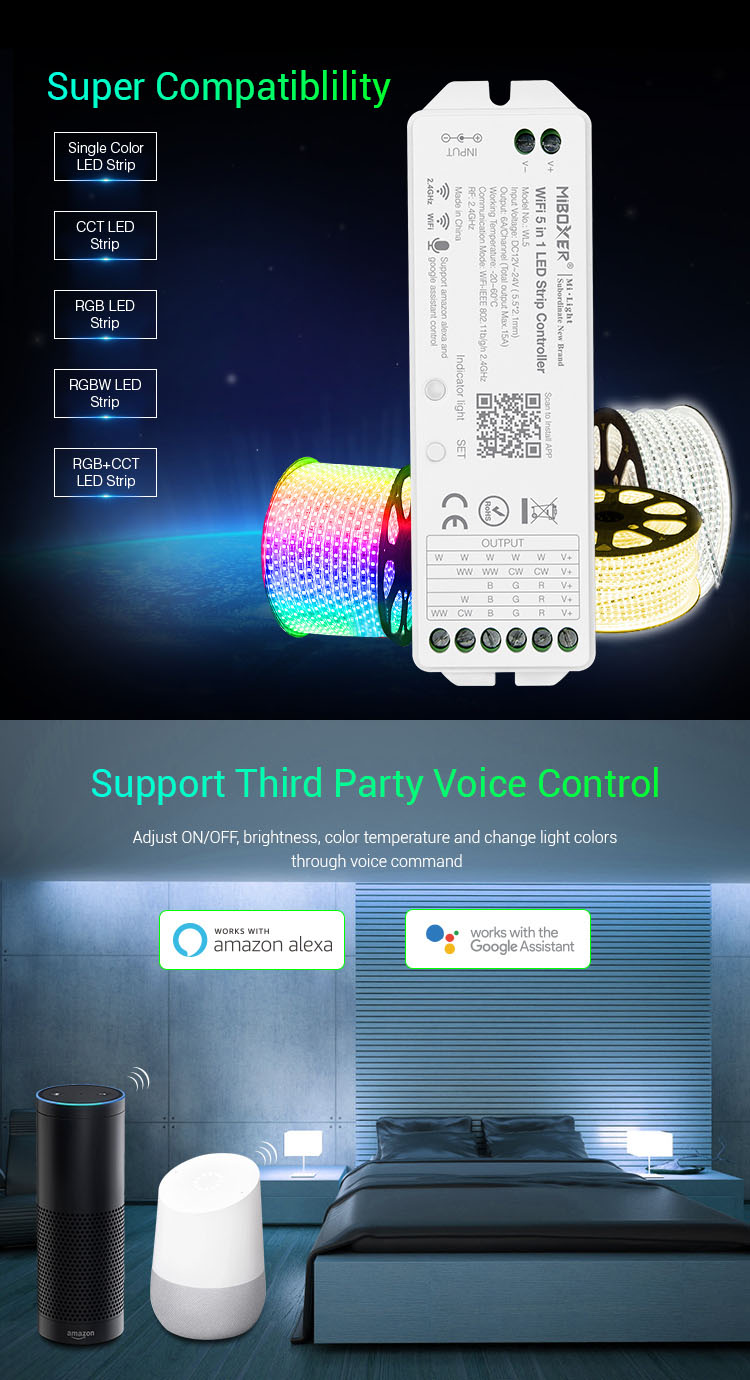 MiBoxer WL5 is widely used in homes and hotels to control LED lighting. This controller can control 5 types of LED strips including variable white, single colour, RGB, RGB + Variable White, and RGB+W. You can connect countless controllers of the same type to set a zone or group with the help of a smartphone app or remote controller. The controller also works with Amazon Alexa and Google Assistant. You can turn it on and off, adjust its brightness, colour temperature, and change the colour of light through a voice command using Alexa or Google Assistant. The controller also enables you to set the timer for the light to turn on and off as per your lifestyle. It adds to the convenience. 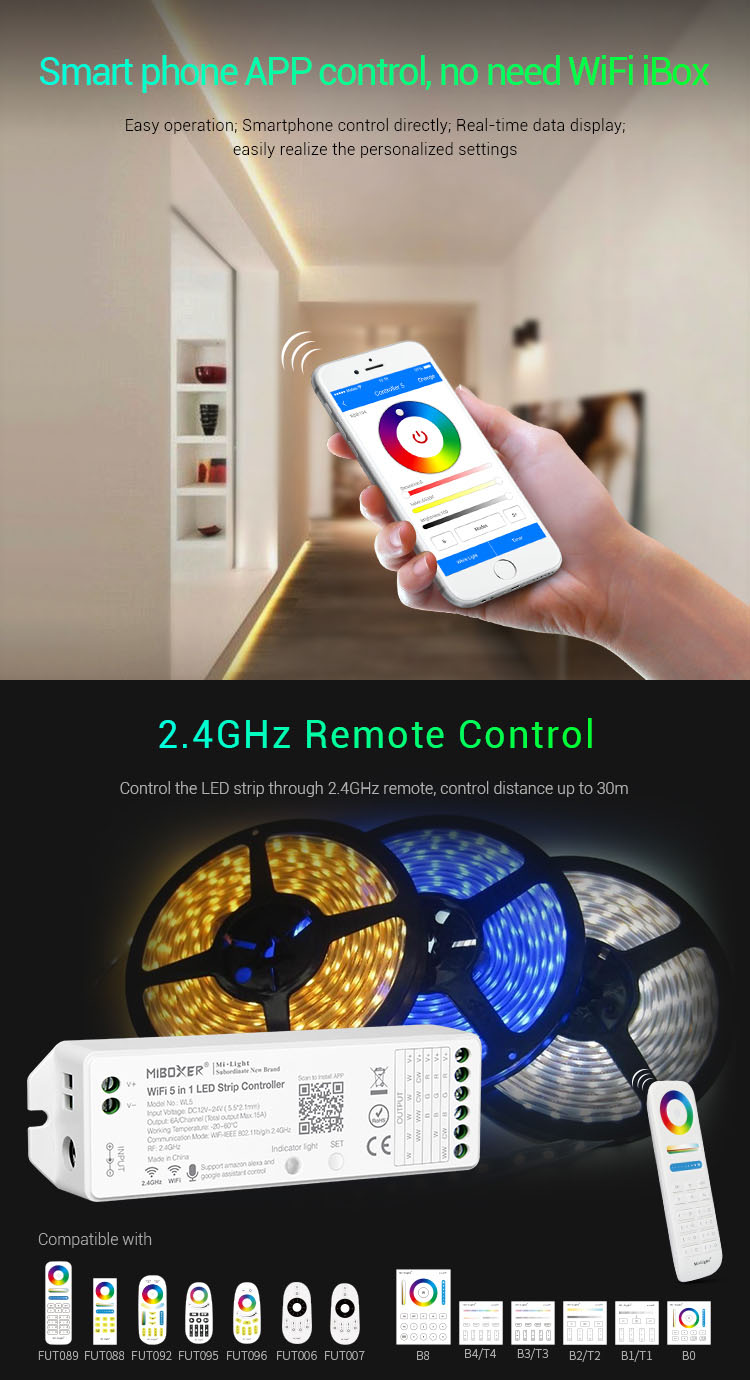 This WiFi WL5 LED controller comes with wireless synchronization technology which means that if you have more than one controller in the same area, it will keep the signal in perfect synchronization to provide you seamless, impeccable changes each time. This controller is envisioned for moderate to advanced users who are easy with mobile devices and WiFi technologies. 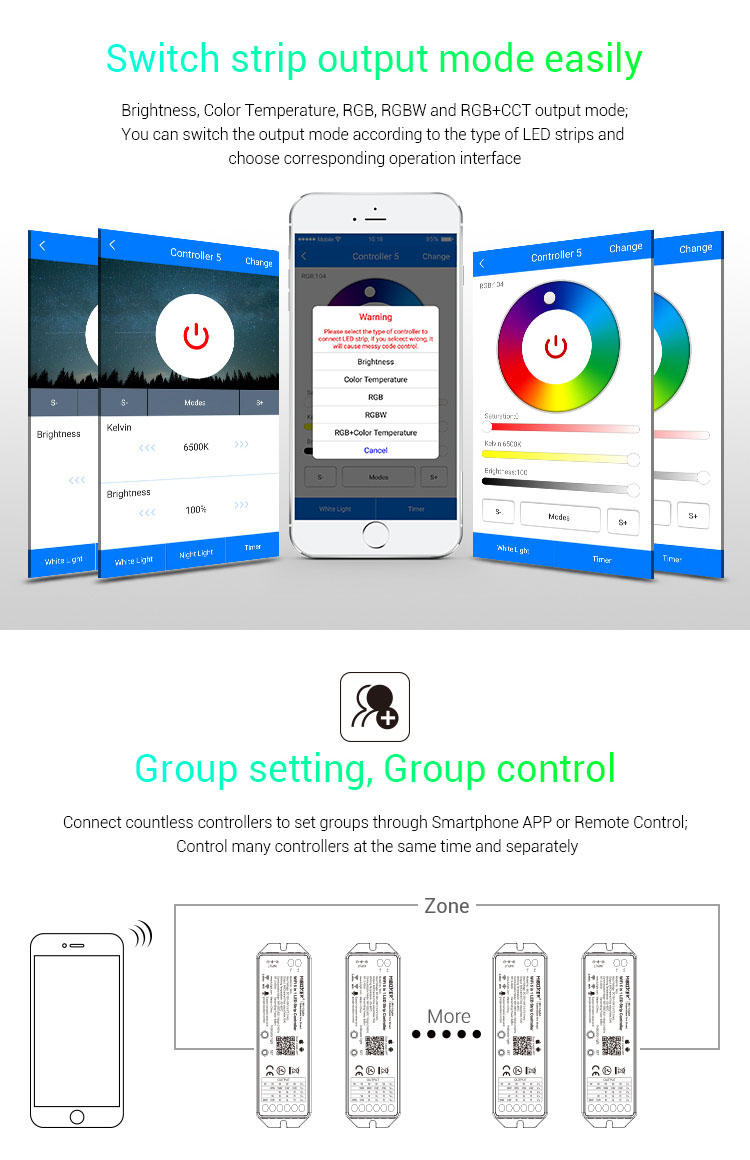 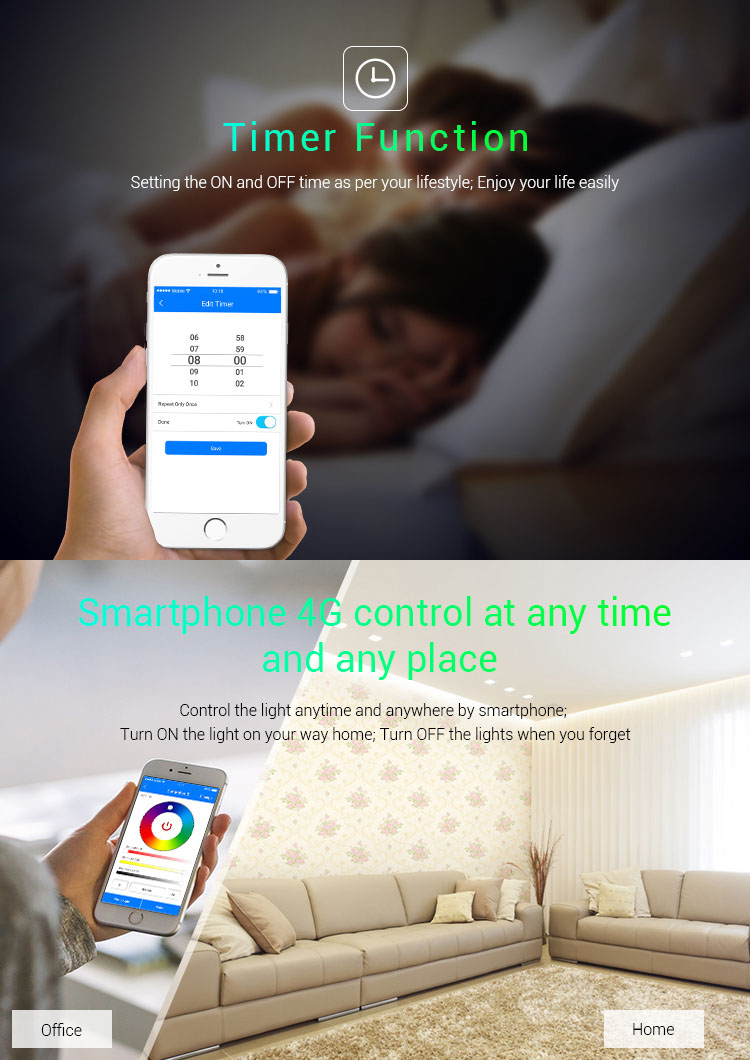 The controller provides real-time results and you can use them to adjust the light from anywhere using the remote controller, smartphone app, or third-party voice control assistant. The timer feature adds to the convenience and also allows for group control. 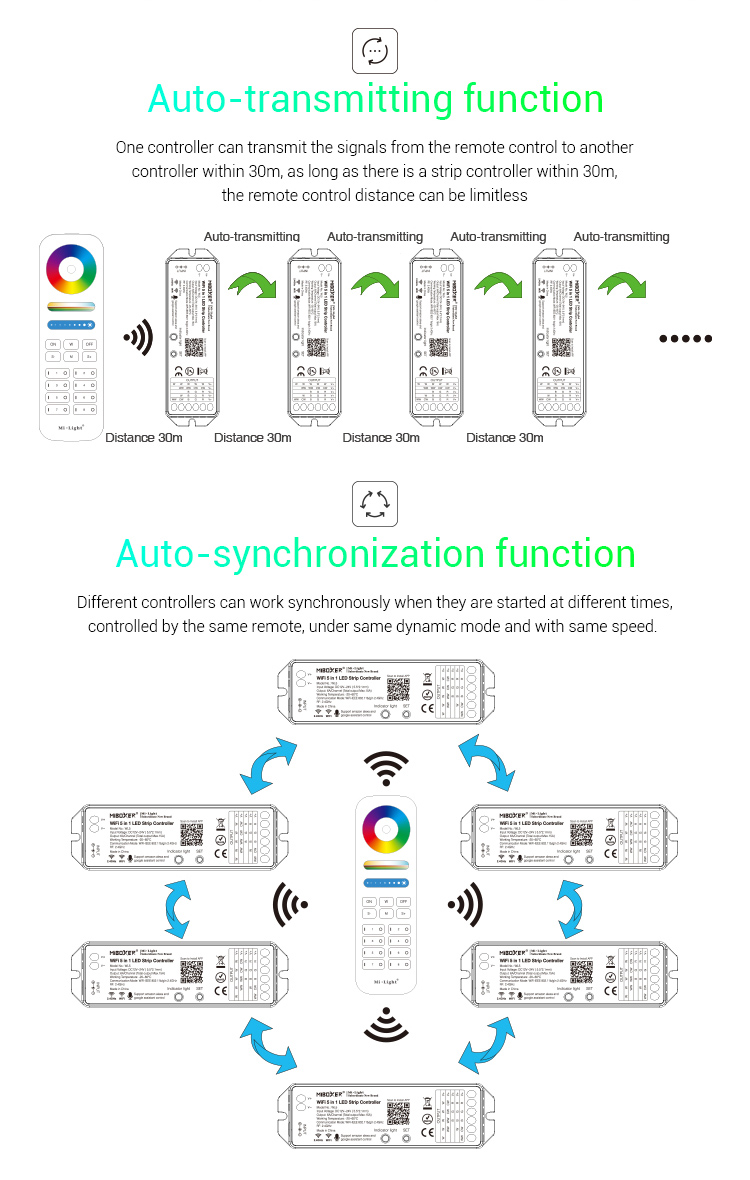 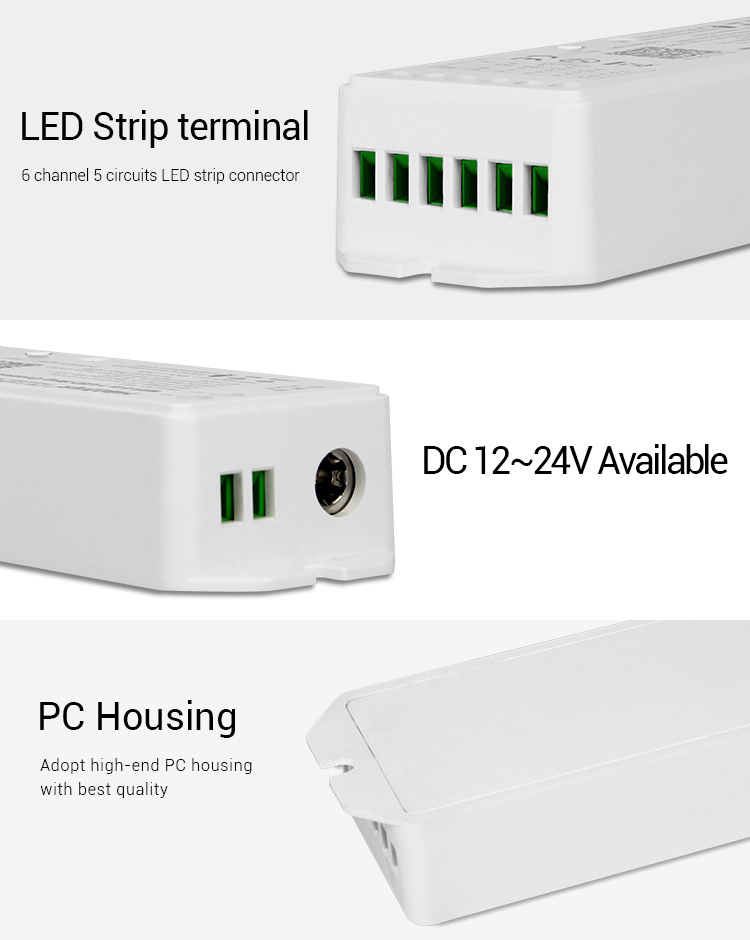 Its super compatibility makes it a great choice for LED strip users. You can use the smartphone app to control the light anytime and from anywhere. You can turn off the light from outside your home if you forget to do it or turn on the light on your way home.

Our goal is to dispatch your online order as soon as possible but please allow several working days during sale periods for the shipment to leave our warehouses.

We work with different carriers to provide the best, quickest option for all our customers.

For out of stock products the ETA is 2-4 weeks (via selected carrier) unless the products arrive sooner.

There is no shipping cost for any order over £200 (retail only) within the UK. At the moment we are shipping within the UK only. Sorry for the inconvenience.

If you have any questions please don't hesitate to contact us.

Our goal is to dispatch your online order as soon as possible but please allow several working days during sale periods for the shipment to leave our warehouses.

We work with different carriers to provide the best, quickest option for all our customers.

All the orders are shipped as soon as possible and we aim to deliver them within 1-2 working days via UPS (products in stock) in the United Kingdom.

For out of stock products the ETA is 1-2 weeks via UPS unless the products arrive sooner.

The wholesale shipping cost is as per below

There is no shipping cost for any order over £400 within the UK.

If you have any question please don't hesitate to contact us.

Please note that Mi-Light has changed its name to MiBoxer. Please click on a product code to visit the product page.